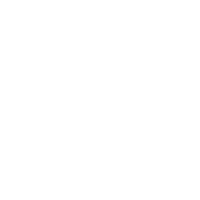 The protection and care for the environment are commitments that Molymet can measure. On average, a quarter of the company’s operational expenses (OPEX) from 2014 to 2018 were allocated to that end. Likewise, 30% of investment projects (CAPEX) were directed towards the environment 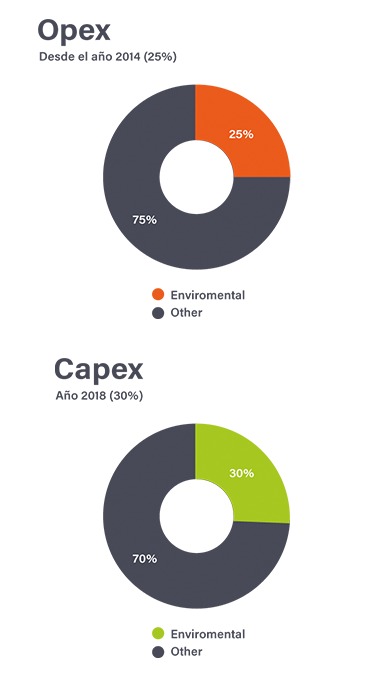 For years, Molymet has worked not only to comply with the emissions regulations in force in Chile, but also to reduce them voluntarily, reaching levels even lower than those provided by the regulations. In addition, the company has managed to increase its roasting capacity while maintaining its commitment towards minimizing its emissions.

Thanks to the constant incorporation of technology, Molymet has modern gas processing plants which reach a 98.8 % efficiency rate. In this way, gases are transformed into sulfuric acid, which prevents them from being released into the environment and reduces the activity’s impact. Recently, Molymet’s board has also approved a USD 50 million investment project to modernize its plants and improve their performance even further.

Efficiency in water use and waste treatment

Molymet’s water management is based on the operation of its Waste Water treatment plant (RILES), which deals with production processes effluents and returns water for industrial use, thus allowing to reuse 80% of water. In the same line, waste generated by the company is treated through a wide variety of actions, including their separation, treatment, final disposal, valorization or recycling. Thanks to this process, 98% of Molymet’s waste is inert. 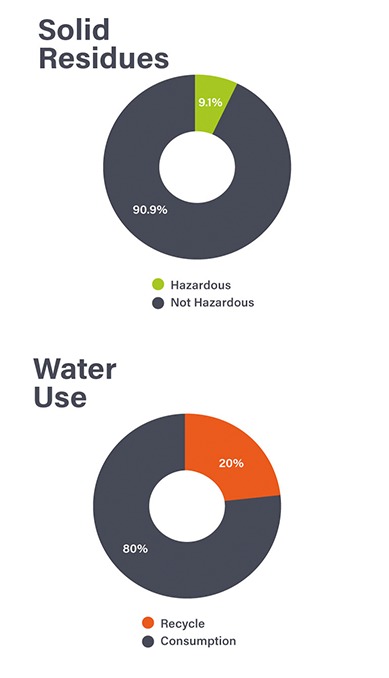 Molymet operates air quality monitoring stations within its nearby area. Please, review here our weekly report of PM 2,5 and SO2”

At Molymet’s request, the prestigious Mario Molina Research and Development Center –created under the sponsorship of Mexican Nobel Prize in Chemistry, Mario Molina–, has studied emissions surrounding the MolymetNos plant at San Bernardo (Chile). The study, whose data was analyzed at Harvard University, showed that only 2% of particulate matter around the plant may be attributed to the company, while the rest belongs to other sources.