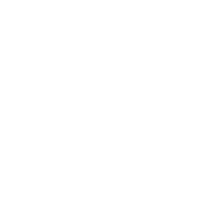 Molybdenum: a key element for the industry and a core metal for life

Molybdenum is a natural element used to develop a wide variety of products applicable to the transport, construction, energy, agriculture and healthcare industries. This chemical element is also found, in small amounts, in plants, animals and even in the human body, which means that there is no life without it.

Another noteworthy feature is its great resistance to corrosion, molybdenum maintains its structure stable both at room temperature and at temperatures reaching 400 °C. Besides, it also maintains its properties in non-oxidative conditions, resists non-oxidative mineral acids and is relatively inert to environments containing hydrogen sulfide. Molybdenum is also resistant to iodine, bromide and chloride vapor; and to liquid metals like bismuth, lithium, potassium and sodium. This resistance to corrosion may even be increased when molybdenum is in alloys with tungsten and chrome.

Where is molybdenum used?

There are two types of uses for molybdenum: primary and end. Within primary uses, molybdenum is employed in the manufacture of chemical and steel products -structural and stainless steel- as well as pure molybdenum elements. Molybdenum end uses include finished products containing different percentages of molybdenum, which products are then used to manufacture elements for the oil, chemical, automotive and aeronautic industries, among others. 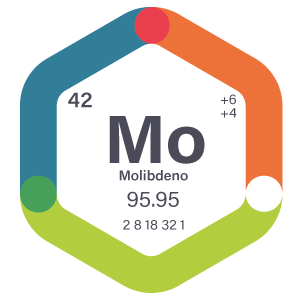 Why is molybdenum so important within these industries?

Molybdenum properties are key to improve the durability and resistance of molybdenum byproducts, as well as other features transmitted to said byproducts. For instance, in when used to produce stainless steel, molybdenum multiplies the stainless properties of chrome, especially in products or constructions exposed to high humidity, chlorine, or salt. Stainless steel containing molybdenum increases the useful life of constructions and reduces the repair costs caused by corrosion, cracks or other defects. Molybdenum is also used in other kinds of structural steel to improve the hardness, resistance to high temperatures and weldability of the pieces containing it. These products are used in the mining industry machinery given the hardness and abrasive characteristics of the land in which excavations take place and to process different minerals.

Molybdenum uses are even wider; it can be applied to the manufacture of lighting devices, electronic devices, lubricants, pigments, and other products; besides, new alloys containing molybdenum and rhenium are being developed to manufacture prostheses and implants for the healthcare industry.

Find out more about molybdenum and rhenium

Email us and our team will get in touch with you to answer your queries.